15% OFF Back to School Special! Ending August 17! Click Here or Get A Quote
Blog Home > USB Flash Drives > What Is a Flash Drive and How Does It... 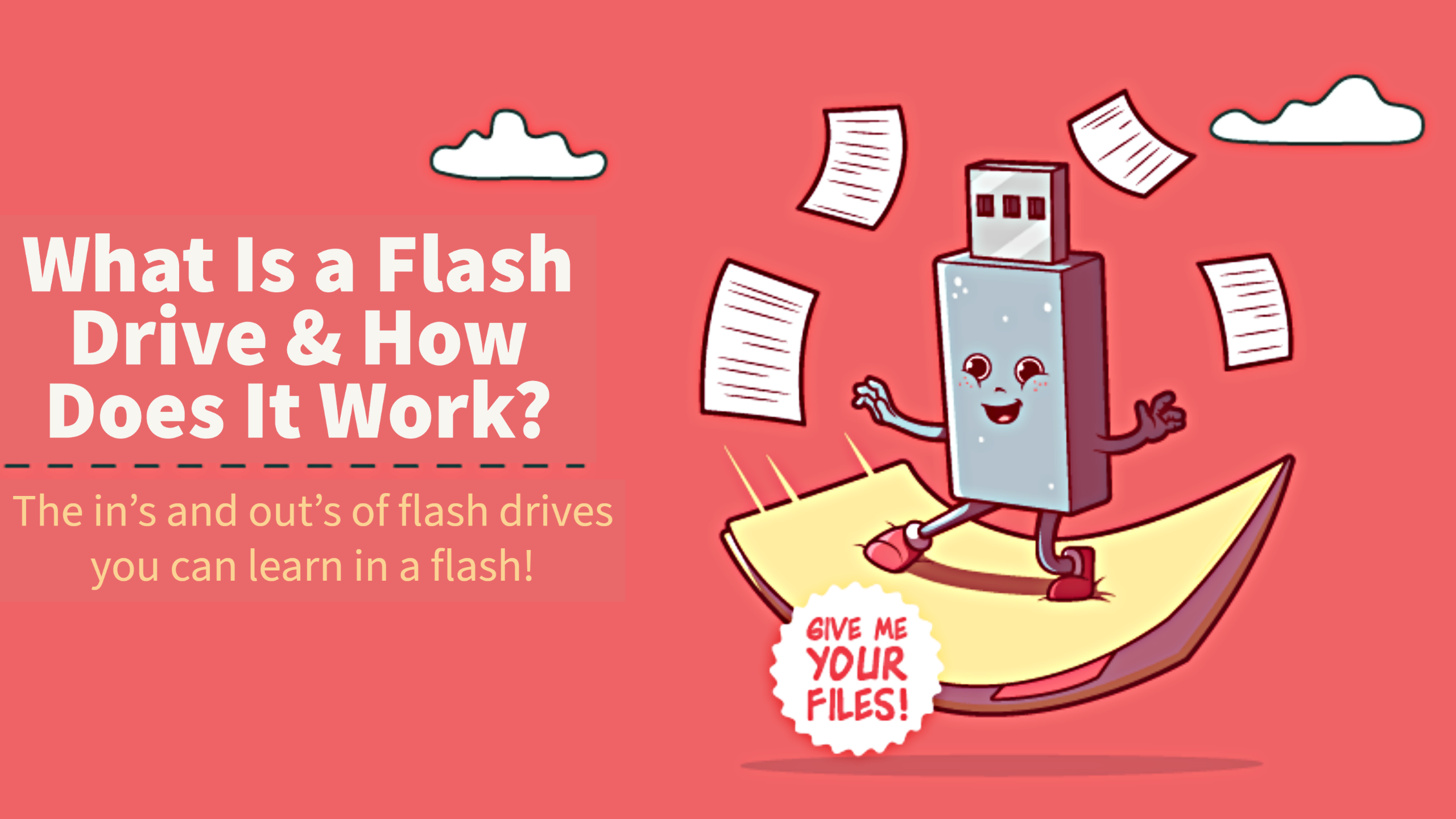 What Is a Flash Drive and How Does It Work?

Although flash drives are made in numerous formats, today's most common type is the USB flash drive. They are highly convenient portable computer data storage devices, typically no larger than a thumb. Their ability to save large quantities of data locally makes them perfect for numerous applications - from local storage to backups.

Although USB drives are ubiquitous today, the underlying technologies are noticeably different from those found in typical computer hard drives. Understanding what a flash drive is and how it works may help protect and store important data so you always have it at your fingertips.

Why Are They Called Flash Drives?

In the past, flash drives were primarily available as proprietary memory cards, such as those used by cameras and older video game consoles.

Other standard devices employing flash memory include the internal storage on most smartphones and tablets, solid-state drives (SSDs), GPS devices and embedded computers in medical and military equipment.

How Does Flash Memory Work?

Flash memory uses at least one flash chip fitted with an array of flash memory cells. Instead of relying on electromechanical principles to read and write data, like with a hard disk drive or HDD, flash memory uses purely electrical methods like read-only memory or ROM.

All computer data boils down to strings of 1s (on) and 0s (off). A bit is a single 0 or 1, and a byte is 8 bits. Therefore, 32 gigabytes (32 GB) of data is approximately 256 billion bits. Essentially, flash memory stores bits into its cells by opening or closing arrays of microscopic electronic gates. A gate can store 1 bit (open is 1, closed is 0).

When reading a flash drive, electric current attempts to pass through every gate, interpreting open gates as 1s and closed gates as 0s and translating the result into computer data. When writing data to a flash drive, signals pass through the relevant gates to change their state accordingly.

There are two types of flash memory: NOR flash and NAND flash, named after the types of logic gates, basic building blocks in electronic circuits they employ. Although the differences between the two are mainly technical, their advantages and drawbacks are:

Pros and Cons of Flash Drives

At USB Memory Direct, we aim to offer the most comprehensive selection of customizable USB flash drives for your storage needs.

Browse our extensive selection of custom USB drive models and choose personalized colors and branding features. Our products are available in USB 2.0 and USB 3.0, ranging from 64 MB to 128 GB.