Same Day Rush Printing & Shipping! Click Here or Get A Quote
Blog Home > Guides > What Does a USB-C Port Look Like? 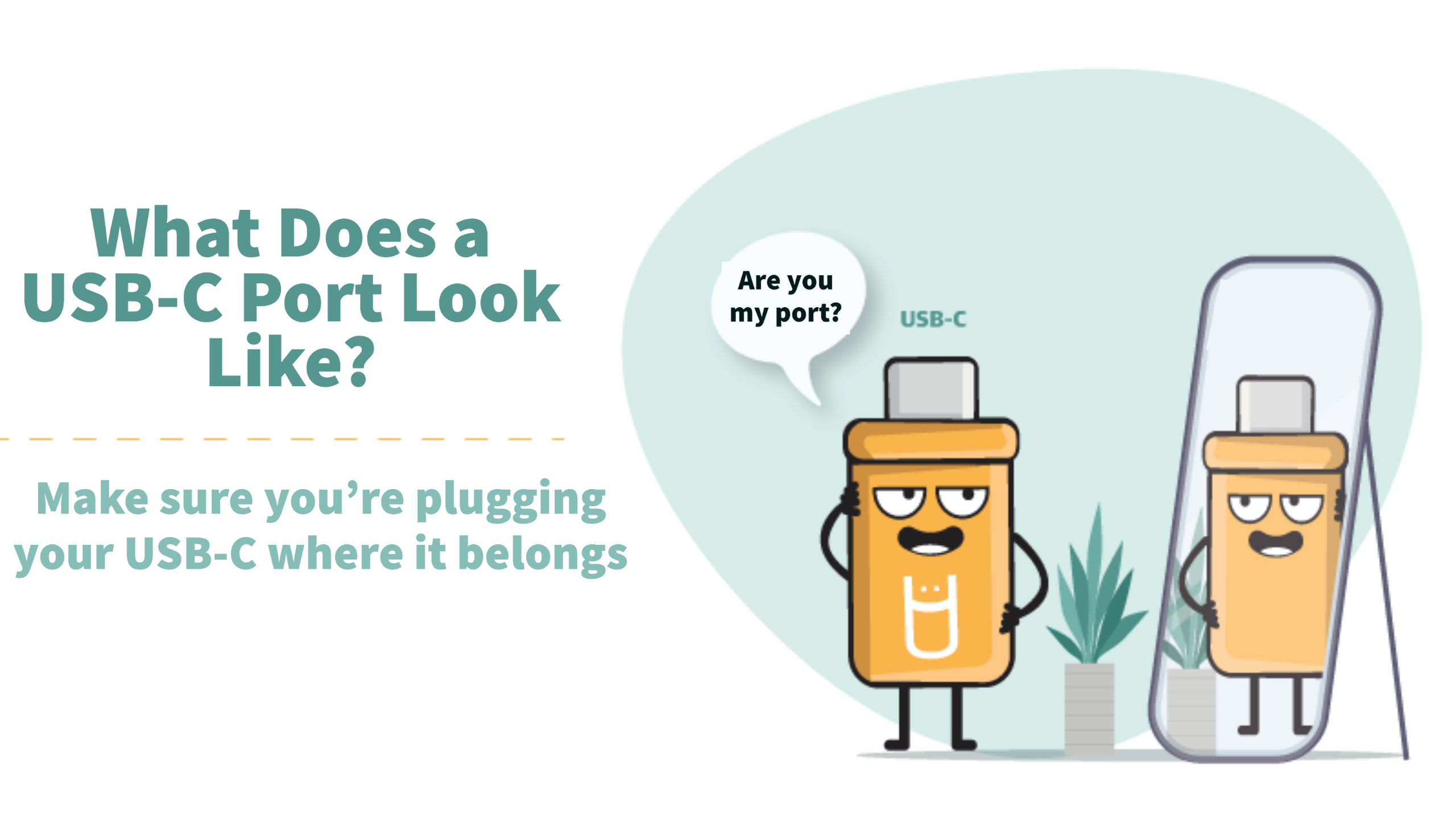 Sift through a bin of bulk flash drives, and you will encounter several variations of the original design. Generally, micro USB and USB-C cords will be the most abundant, outnumbering mini-USB clones. However, you cannot differentiate them unless you have answered the question, "What does a USB-C port look like?"

The port's shape, aesthetics, and performance characteristics changed due to the update. Users can identify USB-C ports by staring at the female end of the connector. If the cord looks the same regardless of how it is held, it is probably a C-type cord.

If you want to place a bulk flash drive order but only want C-type cords, you must learn how to distinguish them. The C-type's appearance is identical, regardless of its orientation. Look at the cord's female connector to see whether it has an oval or rectangular shape.

USB-C cord can be hooked up easily in either direction, so flipping it three times just to plug it is unnecessary. Since it is a universal schematic, user error will not necessitate the cord's reorientation. Conversely, USB-A connectors could only be plugged in if they were appropriately oriented.

How Are USB-C Ports Superior to Previous Versions?

If a purchaser is ready to invest in branded flash drives, they must first learn which model to purchase. C-type connectors entered circulation after their development by the USB Implementers Forum.

In past iterations, flippability was not factored into USB's blueprints, schematics, or designs. Therefore, users would often flip their cables around several times before plugging them in. Changing from USB-A connections to C-type ones elevates organizational adaptability. Since everyone can hook up a cord in one try, less time gets wasted due to misses or poor aim.

Get Your Bulk Flash Drives Here

USB-C's ability to transmit power and video signals simultaneously augments its features. As a result, these connectors can join DisplayPort, MHL, and HDMI devices with no support.

A USB-C memory stick can enhance speed, reliability, and power transmission. With thunderbolt support, they can reach up to 40 Gbps throughput rates. Thunderbolt-enabled devices require less power and can transmit up to 100 watts.

Since the new C-type cables hit mass market circulation, questions are popping up. Unfortunately, the new cable's shape excludes its use in USB 3.0 ports. Nevertheless, adapters can alleviate this disruption by adjoining disparate connector types. Newer consumer electronics usually include C-type connectors, which will be a requirement for most users at some point.

The introduction of the Universal Serial Bus (USB) to mass-market computers and handheld electronics changed the world. Since its inception, peripheral devices quickly adopted the standard, rarely deviating from it. C-type connections possess a unique combination of advantages, including reversibility and power delivery. As a result, they are rapidly replacing other standards. Updated C-type connectors and previously marketed versions are available at USB Memory Direct.