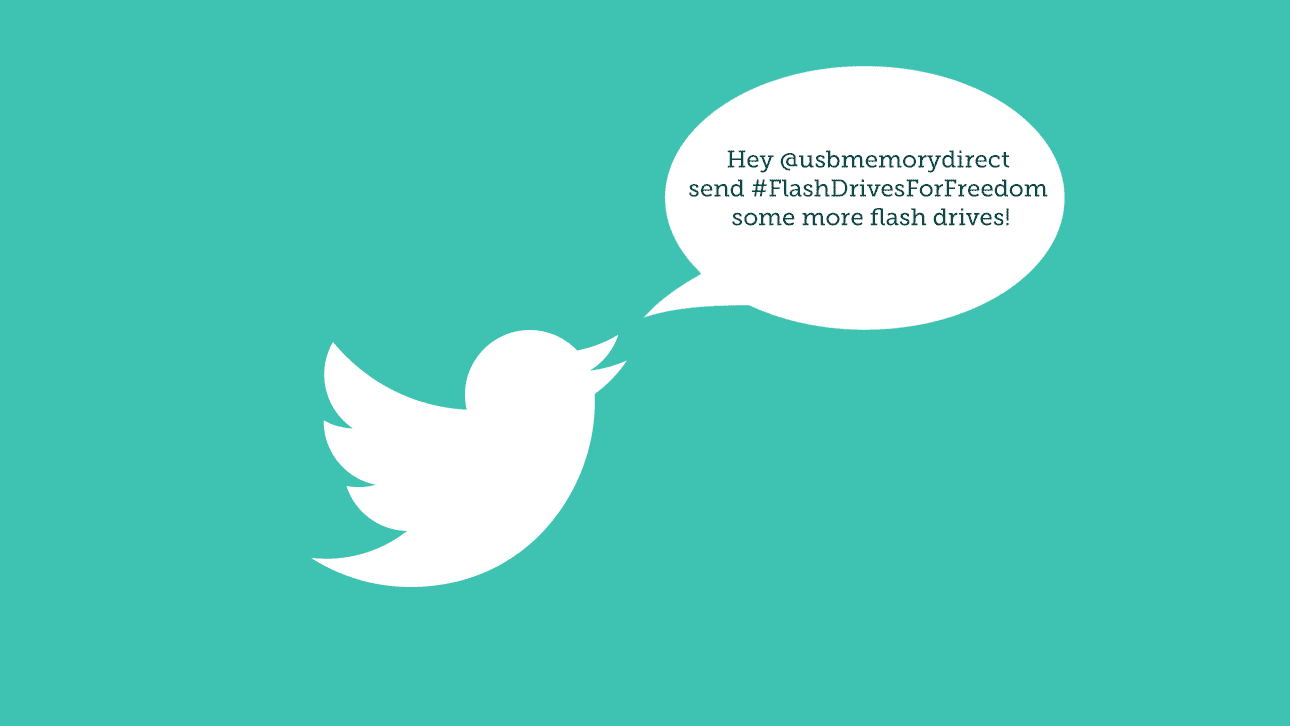 It's been over a year since we partnered with Flash Drives for Freedom and it was right around this time they kicked off their project at SXSW. The response was overwhelming and it helped kickstart a wonderful cause. To date thousands of people have donated their old flash drives, but there are more than thousands of people in North Korea so we need a lot more. Having been to SXSW before and seeing the massive amount of attention Flash Drives for Freedom received they came to us with an idea. The plan is simple, allow people who don't have any flash drives handy to get involved and spread the word by using social media. They suggested that we donate a flash drive for every tweet we get with the hashtag #FlashDrivesForFreedom, we thought it was an excellent idea.

For those of you who haven't heard of Flash Drives for Freedom before, it is a project run by the Human Rights Foundation. The aim is to use flash drives to smuggle western media and news into North Korea via existing underground smuggling routes. Currently it is impossible for the North Korean people to see how the rest of the world works or even see the truth in world events. The current government strictly controls everything the people see and hear. Hopefully if we can exposure enough people to the freedoms and rights afforded to the people in the rest of the world we can change the tide in North Korea. It's something that everyone can help with and now you don't even need a flash drive to do it!

4 every tweet we receive with #FlashDrivesForFreedom we will donate a flash drive on your behalf to the initiative. Spread the word! #SXSW pic.twitter.com/6suTzgsD8W

We didn't want to limit it to Twitter, so you can share our Facebook post tag/@ us on instagram with #FlashDrivesForFreedom and we will donate a drive on your behalf. Tell your friends too, everyone can get involved and everyone should. The 20 seconds it takes to send a tweet could illuminate somebody in N. Korea to the horrors they truly face and what Democracy and the world really look like. The impact a few hours of news footage or a couple dozen pages from western media can change the lives of millions of people and now everyone can help make that a reality, so tweet, share, and gram it up!

I have a passion for video games and technology. Throughout the years I have transferred that passion into the business world, especially in the realm of workflow automation. No small business is without those who double duty and I fall into the realm of those who wear many hats. My all time favorite hats though are online marketing and software development, even more so if I have the opportunity to combine the two.